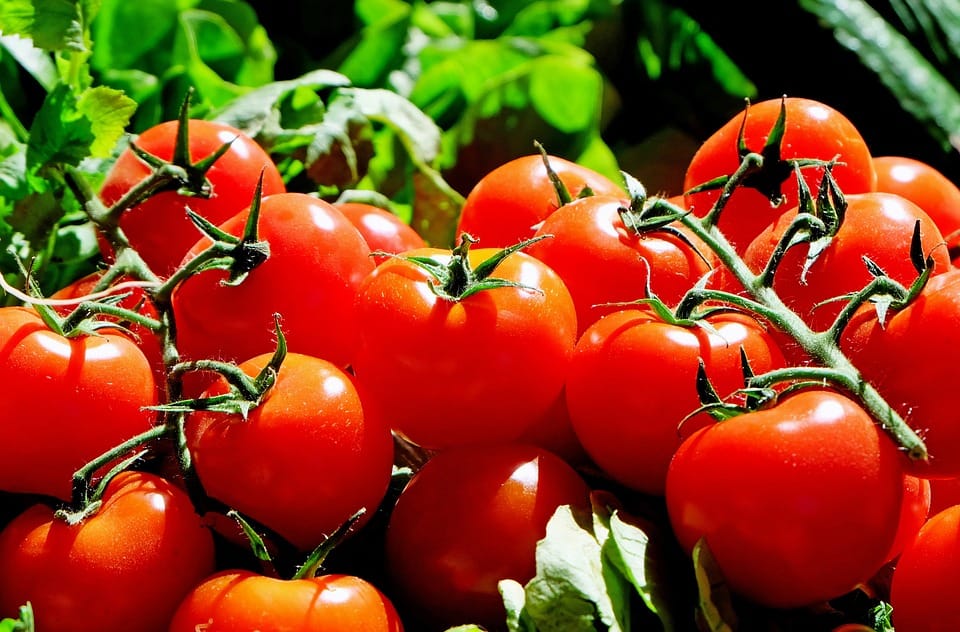 Wanna learn how to freeze tomatoes? feel like keeping that fresh summer nostalgia for the rest of the year? Then preserving your tomatoes is the best way to go about it! If you freeze your tomatoes properly, they will stay tasting fresh for many months, and you’ll never be caught off guard when making red sauce! It’s super easy to boot!

HOW TO FREEZE TOMATOES RAW OR COOKED

If you grow your own tomatoes there will be times when you have a large amount and will want to freeze them, and as with most things, there are a few different ways to successfully freeze tomatoes.

You can freeze tomatoes cooked or raw, and if you are going to freeze fresh tomatoes here is how they will stay fresh.

HOW TO FREEZE TOMATOES WHOLE

No blanching or peeling is required, and they will last frozen in your freezer for one year. So as your beautiful crop of fresh tomatoes ripens this is what you will need to do to preserve the flavor.

Roma tomatoes hold their shape well and are easy to slice once they are thawed out. Even at the end of the season if the tomatoes are not quite ripe they can still be frozen and used later in sauces when thawed out. When you thaw them out to use in cooking the skin falls away and makes them much easier to use than they would have been fresh. They look just like canned tomatoes, only tasting a lot fresher. When they are so easy to freeze why wouldn’t we do as many as we can to use in the middle of winter in our soups and pasta sauces.

TIP: When you take your whole frozen tomatoes out of the freezer, to make the process faster run them under the hot tap as this causes the skin to fall right off and they are then ready to use.

HOW TO FREEZE SLICED TOMATOES

Ziplock bags are quite good for freezing portions of tomatoes, half fill the bags and when you thaw them out each bag will make about two cups of sauce. The skins will also fall away making them easy to remove before cooking.

HOW TO FREEZE TOMATOES /COOKED SAUCE

If you are making a large amount of pasta sauce or plain tomato sauce you can freeze it in Mason jars.

When you decide to use some of the sauce, it will taste just as fresh as the day you made it and is a terrific way to make the most of your tomato crop.

Those of us who grow cherry tomatoes usually have too many, and you might as well freeze some as it is extremely easy to do.

Once cherry tomatoes have been frozen they, unlike some other tomatoes, are not fit for salad but will be fine used in cooked dishes like pasta sauces and casseroles. If you want to cook up your cherry tomatoes before freezing them try oven roasting. Place cherry tomatoes on top of the baking paper-lined tray. Drizzle tomatoes with olive oil and black pepper and oregano. Oven- bake for 45 minutes, then remove from heat. Place in an airtight container and freeze for later use.

HOW TO FREEZE TOMATOES

The good thing about freezing fresh tomatoes is the lack of preparation required. You don’t need to blanch them or peel them. Once you thaw them out again they separate from their skins very easily.

With the exception of Roma tomatoes, frozen tomatoes don’t hold their texture once thawed, so they do need to be cooked, and as there are so many different ways to cook them you can use them in many recipes.

If you are going to eat the Roma tomatoes in a sandwich, the best way of doing that with frozen tomatoes is to make the sandwich with fresh tomatoes and bread, and then freeze the whole thing.

This may arise if you are making the school lunches for the whole week, and once they are thawed out they will be fine. Some people do this for the week and then put the sandwich into a snack toaster at lunchtime.

Making up a lot of food in bulk can be very labor-saving, and tomatoes are a great asset in sandwiches, as nearly everyone loves them.

If the sandwich is still frozen when placed in the school lunch box, it will have thawed out to room temperature by lunchtime.

If you are making Pizza to freeze, you will need to use some Plum Tomatoes as they have nice thick walls, and will withstand the heat required for pizza cooking. Make up your recipe with lots of fresh tomato and other ingredients, without cooking the tomato first. Then freeze the fresh pizza and it will be ready to cook on the weekend or whenever required. There are so many ways of making a Pizza, but it is much nicer if fresh tomato is used on the base.

There are so many different types of tomato that once you get started you will never run out of ideas. Most of the literature says to freeze your tomatoes for six months. I find that they last in the freezer for one year ( I haven’t tried longer) and they still taste great after that time. Freezing saves money and time when you are lucky enough to have a crop of tomatoes.

Can you freeze tomatoes without blanching them first?

Yes! Tomatoes don’t need blanching before you freeze them. Tomatoes are already very mushy so blanching them won’t make much difference. But because of this, They will get slightly mushier, so frozen tomatoes are based used in soups, sauces, stews and other recipes where the texture of the tomatoes is not important.

The act of freezing will remove some flavor, but it’s only noticeable if you are eating the thawed tomatoes on their own. In a sauce it’s not noticeable for example, So you wouldn’t want to add them to a sandwich.

Yes, a little bit. There is a chemical in tomatoes that renders out at 50F which is responsible for some of the tomatoes flavor. This isn’t noticeable in a soup or a sauce, But on it’s own, coupled with the breakdown of the pulp fibers, It’s not advisable to eat as is.

How long can you keep fresh tomatoes in the freezer?

Tomatoes officially last in the freezer for 6 months. However, If you sealed them correctly in an air tight bag with no air in it, and assuming it hasn’t gone freezer burned, They can last up to a full year in my own experience.

Keep in mind depending on how you prepared and froze your tomatoes your time may vary. Full tomatoes will keep longer than diced tomatoes for example, And slurry sauce tomatoes will last even longer than 1 year. You may need to scrape off the top layer of freezer burn if you go that long, Though.